In the somewhat rushed lead-up to our unit test on logarithms in my Advanced Algebra II class, I realized I was asking students to study from an enormous corpus of practice material I’d provided. I could tell that this was overwhelming, so I got the idea to give the test to my students in advance.

Not the full test—just a redacted version:

View this document on Scribd

I had dropped a hard copy in one student’s open backpack during a break, and then I made a big show of asking him to pull out the paper marked “top secret.” Then I was all, “ohmygoodness what’s that?!” and “Did I accidentally post a copy of the test to Google Classroom?” My students were thrilled. (I did make it clear that this was a one-time thing!)

Even though I had already provided a list of learning targets, I had two main goals by “leaking” the test itself:

This was a spur-of-the-moment idea, but definitely one I would use again under the right circumstances!

This is part one of a series I’ll be writing on grading.

On his blog, Douglas Reeves writes:

I know of few educational issues that are more fraught with emotion than grading. Disputes about grading are rarely polite professional disagreements. Superintendents have been fired, teachers have held candle-light vigils, board seats have been contested, and state legislatures have been angrily engaged over such issues as the use of standards-based grading systems, the elimination of the zero on a 100-point scale, and the opportunities for students to re-submit late or inadequate work.

Focusing on a shared purpose and on solutions that work for everyone brings attention to what a group has in common and what brings them together. This builds trust in the group, and consequently the urge to protect and defend a particular position diminishes.

In On Your Mark (Solution Tree, 2014), Thomas Guskey backs up Kashtan and calls upon the work of Jay McTighe and Grant Wiggins on backward design when he writes, “Method follows purpose.” (p. 15) 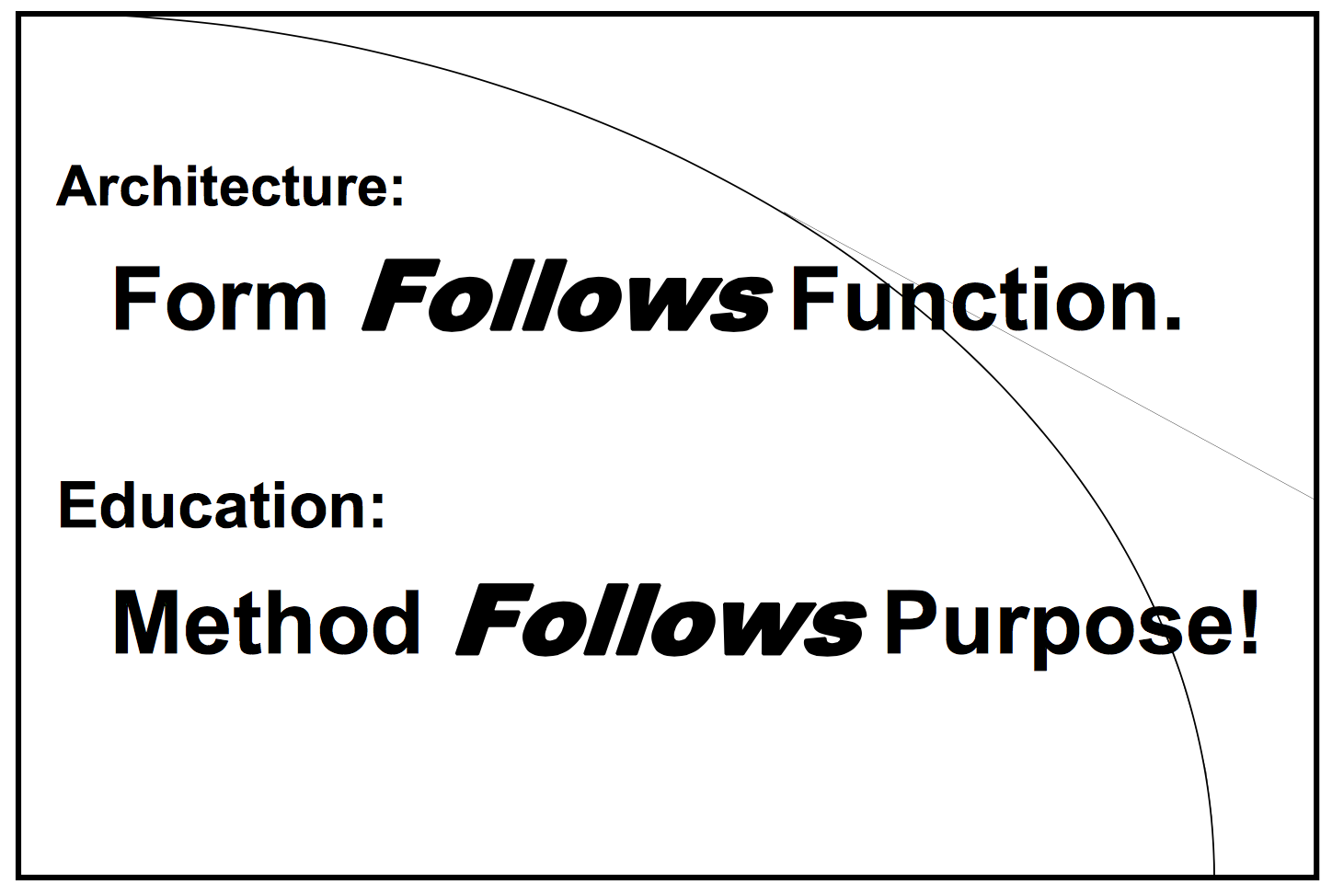 Guskey continues to emphasize the importance of beginning with the end in mind when we come together to discuss our craft with other educators:

Reform initiatives that set out to improve grading and reporting procedures must begin with comprehensive discussions about the purpose of grades … (p. 21)

A couple questions on my mind

I spent the last three days helping to facilitate a leadership retreat for some of our rising 10th, 11th, and 12th graders. This year’s theme was resilience, which we linked closely to one’s relationship with failure.

In several different ways, we asked students to reflect on the extent to which the school provides opportunities for them to fail, process what happened, make adjustments, and persevere through a difficult situation.

As we concluded the retreat this morning, we invited the students to consider how they and the adults at our school could facilitate the development of resilience during the upcoming school year. I was overjoyed with the first comment a boy put forward, which he intended for both students and adults:

Too often we get so focused on grades that we lose sight of the learning. Let’s keep the conversations about the learning rather than the grade.

I was blown away because I had hoped a student would bring this up, and this boy came right out with it. I’d like to make some strategic changes in my messaging around grading, reporting, and assessment this school year, and making the connection to resilience explicit could help keep these shifts rooted in a value to which the community has expressed a commitment.

My guiding question is this: What grading, reporting, and assessment practices (and policies) most effectively promote resilience in students?

There are many broad categories of issues come to mind, but in my current context I’d like to focus on redos and retakes.

Here’s a selection of articles I’ve read that support this view.

As Thomas Guskey writes in On Your Mark, we won’t get very far if we don’t agree on the purpose of grades, so the goal here is to convince someone who believes that the primary purpose of grades (in math class especially) is to summarize performance on one-time tests (via the arithmetic mean).

What do you think?

P.S. The value of mastery-based (competency-based) learning has begun to make its way to the independent school world as well: in this article from 2014, David Cutler writes about his expectation that traditional grades will be obsolete by 2034.

This fall, I’ll be teaching a group of very strong students in the highest of three levels of math my school offers. The goal is to give students an intense “Honors Precalculus+” treatment and get them started on calculus (up through the product rule or so) by the end of the school year so that they can jump right into BC Calculus the following fall.

I’m working on developing the standards for the course, and I’m using the model of “performance indicators” and “learning targets” I grew familiar with when I worked at a mastery-based learning school in New Haven. (For background, see the Great Schools Partnership’s document Proficiency-Based Learning Simplified)

I would welcome your thoughts on these learning goals. Do any of them feel too easy? Too difficult? How is the balance? If you had to write an essential question capturing these standards, would would it be?

Finally, here’s some additional background on where I’m coming from.

I’m building this course based on a few sources of problems and materials:

Here are a few books I keep thinking about as I plan this course:

I’d like to share an email I sent to my department this morning describing my experiences moving forward with mastery-based learning and standards-based grading. I’m working to move towards the ideas articulated by many in the #ttog community.

I’d welcome your feedback on the sample progress reports, grading frameworks, or presentation of ideas I’ve put forward below.

I hope you’re having a wonderful summer! I’ve been back in DC for about a week now after teaching two math classes at Phillips Academy in Andover, MA for a residential program called (MS)^2: Math and Science for Minority Students.

After reading On Your Mark by Thomas Guskey at the beginning of the summer, I decided to use the classes I taught at Andover as an opportunity to put together a “proof of concept” for a standards-based method of grading and reporting. In the spirit of moving forward with the conversation several of us began at the end of the school year, I’d like to share with you a method of grading and reporting I have been working on for a few years and had a chance to refine this summer.

I’ve attached a sample end-of-summer progress report for each class I taught:

A few notes for context:

I wanted to reflect these ideas in putting together this system:

After a period of adjustment, nearly all students came to internalize the growth mindset implicit in this method of grading and reporting, and reviews were very positive.

Naturally, there were plenty of areas of improvement as well:

Thanks for taking the time to read. Again, no pressure to reply—just wanted to get these thoughts out while they’re fresh.

OK, back to summer!